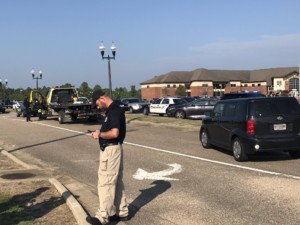 Two men have been arrested after a shooting at a Montgomery elementary school.

At 7:30 a.m. Thursday, Montgomery Police say two men got into a verbal altercation in a drop-off lane at Blount Elementary, at least one produced a gun and began shooting. The school was placed on lock down, no one was injured, but a car was damaged in the shooting.

Charges are pending and the weapon was also taken by police.

The Latest: Thousands on New York City streets after curfew