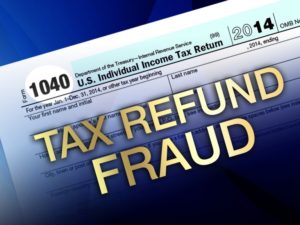 On Thursday, August 8, a Montgomery woman, Laquanda Gilmore Garrott, 39, was sentenced to 72 months in prison for filing false federal tax returns, announced United States Attorney Louis V. Franklin, Sr., and Special Agent in Charge Thomas J. Holloman, III of the Internal Revenue Service’s Criminal Investigation Division, Atlanta Field Office. In addition to the six-year prison sentence, she was also ordered to pay $56,897 in restitution. There is no parole in the federal system.

The evidence presented at trial showed that, from 2011 through 2015, Garrott operated a tax preparation business called L&G Associates, LLC, in Montgomery. The government proved that Garrott knowingly put false information on multiple tax returns in order to increase refunds for clients, which also increased her own tax preparation fees. In one case, Garrott falsely claimed that a client lost more than $30,000 on a lawn care company even though she knew her client had no such business. By including the false business losses, Garrott was able to offset the client’s taxable income and make the client eligible for the Earned Income Tax Credit.

“Ms. Garrott stole money from the federal treasury when she filed false federal income tax returns, a crime that affects all of us,” noted United States Attorney Franklin. “Her significant sentence of imprisonment was appropriate and should act as a deterrent to any tax preparers who puts their own gain above their legal obligations.”

“Tax return preparer clients look to them for expertise and guidance. It is the tax return preparers’ obligation to faithfully and accurately prepare a return on behalf of their clients” said Thomas J. Holloman, Special Agent in Charge, IRS Criminal Investigation. “Tax return preparers who purposely prepare false tax returns to get high refunds are stealing directly from American taxpayers and today’s sentencing shows IRS-CI, in concert with the Department of Justice, is committed to aggressively pursuing unscrupulous tax professionals that prey on the public.”