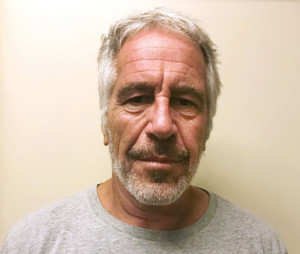 A former law enforcement official tells The Associated Press that Jeffrey Epstein has died by suicide while awaiting trial on sex-trafficking charges in New York.

The medical examiner’s office in Manhattan confirmed the financier’s death.

The former law enforcement official said Epstein was found dead Saturday morning at the Manhattan Correctional Center. The official had been briefed on the matter but spoke on condition of anonymity because he wasn’t authorized to discuss it publicly.

Epstein, 66, was scheduled to stand trial next year on charges he sexually abused dozens of minor girls in New York and Florida.

Epstein’s arrest last month launched separate investigations into how authorities handled his case initially when similar charges were first brought against him in Florida more than a decade ago. U.S. Labor Secretary Alexander Acosta resigned last month after coming under fire for overseeing that deal when he was U.S. attorney in Miami.

Copyright 2019 The Associated Press contributed to this report. All rights reserved. This material may not be published, broadcast, rewritten or redistributed.)