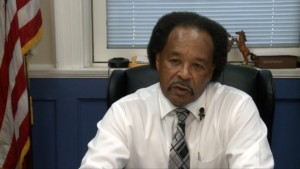 Public safety is always a top priority in any municipality and the city of Selma is no exception.

Alabama News Network sat down for a one on one interview with the Selma’s interim police chief to get his assessment of the police department.

Interim Chief Robert Green says his main objective is to put the Selma Police Department back on track and improve public safety in the city.

“Morale was extremely low when I got here,” he said.

Green said the Selma Police Department has problems that need to be fixed.

The former Selma and Northport police chief said the Selma Police Department should have about 60 officers but right now the ranks have dwindled.

“We’re down to 32 officers and its very hard to cover the city, but somehow we’re getting the job done,” said Green. “We have to spend a lot of money on overtime.”

Green said the department also needs some equipment upgrades and some new vehicles.

“We have got to find some vehicles for these officers. We have some problems with the equipment in our jails. A lot of this computer equipment is outdated and non-functional. The council gave me money to spend and I intend to spend it. There are some grant funds out there that we can spend.”

Green said the department’s image is need of repair. He said improving public perception is a must.

“I think the perception right now is not good but hopefully we can change that perception and it can be more positive,” he said.

“My primary objective right now is to put the Selma Police Department back on the right track so we can have some public safety in the city of Selma.”

Green has nearly forty years of law enforcement experience including about ten years as a police chief.

He will also help with the search to find a new permanent chief.

What you need to know today about the virus outbreak