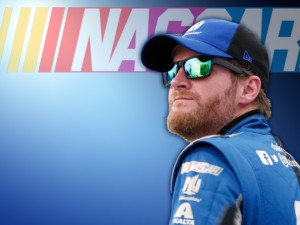 Former NASCAR driver Dale Earnhardt Jr. and his wife Amy have survived a small plane crash in upper east Tennessee. Earnhardt Jr. has been taken to the hospital following the crash at Elizabethton Municipal Airport, the Carter County Sheriff’s Office said, according to CBS affiliate WJHL-TV.

WJHL reports Earnhardt Jr. and his wife were not seriously hurt. He is 44 years old and retired from racing in 2017 to head to the broadcast booth.

The plane was a Cessna Citation. It rolled off the end of a runway and caught fire after landing, the Federal Aviation Administration said in a statement.

The NASCAR television analyst and former driver’s sister, Kelley Earnhardt Miller, tweeted that “everyone is safe and has been taken to the hospital for further evaluation.”

Miller tweeted that the Earnhardts’ 15-month-old daughter Isla was also on the plane along with two pilots.

Carter County Sheriff’s Office spokesman Thomas Gray confirmed Earnhardt was aboard but said he wasn’t one of the pilots.

Earnhardt retired as a full-time racer in 2017 and has been working as an analyst for NBC. He is part of the scheduled broadcast team for Saturday night’s Cup Series event in Bristol, Tennessee.

(Copyright 2019 The Associated Press, CBS News and WJHL-TV contributed to this report. All rights reserved. This material may not be published, broadcast, rewritten or redistributed.)