AP Top 25 Released, Clemson and Alabama at the Top 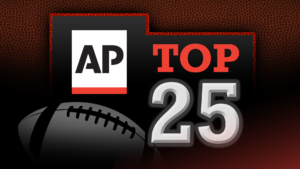 Cross off another milestone for Clemson, college football’s newest superpower.

For the first time, the defending national champion Tigers are No. 1 in The Associated Press preseason Top 25 presented by Regions Bank .

Clemson won its second national title in three seasons behind freshman quarterback Trevor Lawrence to claim equal standing with Alabama at the top of the sport.

The Crimson Tide, coming off a 44-16 loss to Clemson in the College Football Playoff championship, is No. 2. Clemson received 52 first-place votes and Alabama received the other 10. Clemson snaps a record-tying string of three straight years in which Alabama was the preseason No. 1.

Georgia, Alabama’s Southeastern Conference rival, is No. 3, followed by No. 4 Oklahoma and No. 5 Ohio State.