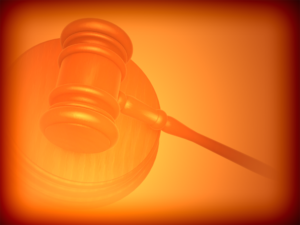 United States Attorney Richard W. Moore of the Southern District of Alabama announced that Jarvis Moss, 38, of Selma, was sentenced to 30 months (2 years and 6 months) in prison for possession of a Smith & Wesson, .38 caliber pistol.

On May 30, Moss pled guilty and admitted in court that on July 29, 2018, a Selma police officer initiated a traffic stop on a Camaro being driven by him. He was stopped because no tag was displayed. As the officer approached Moss, he could smell a strong odor of marijuana coming from inside his vehicle. The officer then asked Moss if he had illegal drugs inside the vehicle. Moss responded by reaching into his left pocket and pulling out a small quantity of marijuana that he then gave to the officer. Next, the officer asked Moss if he had any weapons inside the vehicle. Moss responded saying that there was a gun and that he did not have a permit for it. The officer asked Moss to exit the vehicle. Moss then told the officer that the firearm was in his front right pocket. The firearm is described as a Smith & Wesson, .38 caliber revolver. Moss was then arrested.

At that time, Moss had been convicted of at least three felonies, namely, Resistance to Official Search on April 16, 2010, in the United States District Court for the Southern District of Alabama; Unlawful Possession of a Controlled Substance; Attempt – Trafficking Cocaine on May 18, 2010, in the Circuit Court of Dallas County.

Officers of the Selma, AL Police Department and special agents of the ATF investigated the case and brought it to the U. S. Attorney’s Office for prosecution. The prosecutor assigned to the case is Assistant United States Attorney, Gina S. Vann.