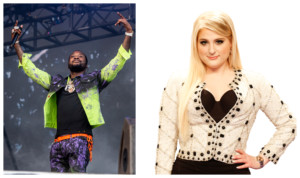 Meek Mill and Meghan Trainor are helping kick off the new social change partnership between the NFL and Jay-Z before the season-opening game in Chicago next week.

The NFL and Roc Nation announced Friday that Mill, Trainor and Rapsody will perform in a free pregame concert September 5 before the game between the Green Bay Packers and Chicago Bears.

A portion of the performance will appear on pre-game programs on NBC and the NFL Network.

The NFL and Roc Nation say artists in various genres will create new music for a Songs of the Season campaign that will help raise money for Inspire Change.

It has also named Mill and Rapsody as advocates for the Inspire Change initiative meant to support various causes, including criminal justice reform and improving police relations and educational progress.

What the Tech? App of the Day: Jumprope