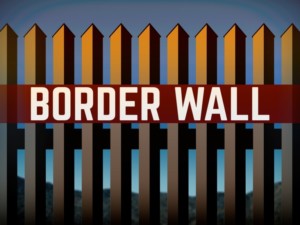 The Pentagon will cut funding from military projects to pay to build 175 miles of fencing along the U.S.-Mexico border, according to defense officials.  In all, $3.6 billion will be diverted from the military to border wall projects.

In Alabama, $5.2 million in funding for the Anniston Army Depot is at risk, Alabama News Network has learned.

Overall, military projects in 23 states, 19 countries and three U.S. territories would be stalled or killed by the plan.

President Trump’s move would take the biggest step yet in delivering on his promise to build a wall to block immigrants from entering the country illegally. But it may come at the expense of projects that the Pentagon acknowledged may be difficult to fund again.

Capitol Hill Democrats, outraged over President Trump’s use of an emergency order for the wall, promised they won’t approve money to revive them.

A senior defense official told reporters the Pentagon is having conversations with members of Congress to urge them to restore the funding.

In addition, new stretches of fencing proposed along the Rio Grande and through a wildlife refuge in Arizona promise to ignite legal battles that could delay the wall projects as well.

President Trump has so far succeeded in building replacement barriers within the 654 miles of fencing built during the Obama and Bush administrations. The funding shift will allow for about 115 miles of new pedestrian fencing in areas where there isn’t any now.

“The wall is being built. It’s going up rapidly,” President Trump said Wednesday. “And we think by the end of next year, which will be sometime right after the election actually, but we think we’re going to have close to 500 miles of wall, which will be complete.”

Congress approved $1.375 billion for wall construction in this year’s budget, same as the previous year and far less than the $5.7 billion that the White House sought. President Trump accepted the money to end a 35-day partial government shutdown in February but simultaneously declared a national emergency to take money from other government accounts, identifying up to $8.1 billion for wall construction.