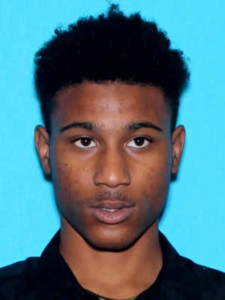 The Montgomery Police Department has arrested a Montgomery man in the September 5, fatal shooting of Ty’Riq Moon, 20, of Montgomery.

MPD has charged Henry Wallace, 20, with murder. Wallace was taken into custody by the U.S. Marshal Task Force on September 11. Following his arrest, Wallace was transported to the Montgomery County Detention Facility.

MPD and Fire Medics responded to the 2200 block of Madison Avenue on Thursday, September 5, around 9:23 p.m. in response to a possible shooting. At the scene, they located the victim, Moon. Moon sustained a fatal gunshot wound and was pronounced dead at the scene.

MPD’s initial investigation has identified Wallace as the offender. This investigation is continuing and there is no further information available for release at this time.