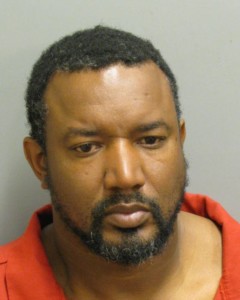 On Wednesday, September 11, Cleddie Ferlisi Stone, 41, of Montgomery, was sentenced to 72 months (6 years) in prison for possession of a firearm by a convicted felon, announced United States Attorney Louis V. Franklin, Sr. There is no parole in the federal system.

On April 27, 2017, Stone had a violent encounter with an individual. The incident was caught on surveillance cameras in a Montgomery neighborhood. The video showed that Stone confronted the victim while he was riding a bicycle on Greenville Street near Lee High School. During the confrontation, Stone punched, kicked and shot the victim with a handgun. The video also showed a homemade “zip gun” type device that was dropped by the victim early in the confrontation.

During the sentencing hearing, Stone stated that he and the victim had a disagreement the day before the attack and that the man had made threats against him and his family. However, the judge noted that the April 27 th encounter could have been avoided all together and that during the attack Stone became what he claims he was fighting against, he became “violence out of control.” Stone has previous felony convictions and is prohibited from possessing a firearm.