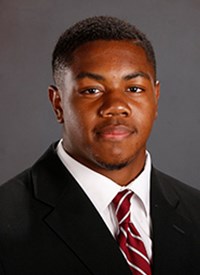 Alabama defensive end LaBryan Ray will be sidelined for at least one game with a foot injury.

Crimson Tide coach Nick Saban said Monday that Ray is undergoing more testing and it’s “undetermined how long” he’ll be out. He says Ray won’t play in the second-ranked Tide’s game against Southern Miss on Saturday.

Ray was injured in the road win over South Carolina. Freshman Justin Eboigbe is his backup. If he starts, that would give Alabama four freshman defensive starters.

Ray is a former five-star recruit who has nine tackles, a sack and a forced fumble through three games. The Tide defense had already lost starting inside linebackers Dylan Moses and Joshua McMillon possibly for the season.