Authorities say a Tuscaloosa police officer has died and the wanted felon he was pursuing is in custody after a shootout. 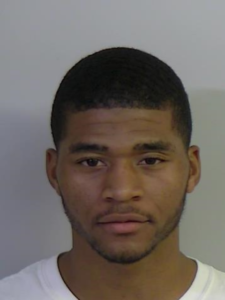 According to reports, 40-year-old officer Dornell Cousette had come to arrest a man who failed to appear in court on felony warrants. A bail bondsman was at the scene. The suspect ran inside a house instead and Cousette pursued him. Tuscaloosa Interim Police Chief Mitt Tubbs said shots were fired, fatally wounding the officer.

The suspect has been identified as 20-year-old Luther Watkins. Watkins was also wounded, fled and was arrested at a hospital. He had multiple outstanding warrants.

Cousette was an Army veteran who had been with the police department for 13 years. He was engaged and had two daughters.

Tuscaloosa Police Officer Dornell Cousette was shot and killed Monday night while on duty. Such a heartbreaking night for the Tuscaloosa community. pic.twitter.com/awJdcXzhgF