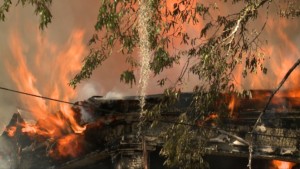 The Selma Fire Department is investigating a growing number of suspicious house fires.

City councilwoman Janie Thomas says four vacant houses in her ward have been set on fire over the past few weeks.

“We don’t know exactly what’s going on cause there’s no electricity going through there and no one is living in them. So we would like for to find out what is going on with these houses being set, being burning, getting set fire in this area,” said Thomas.

The latest house fire happened Wednesday morning — on the 200 block of LL Anderson Avenue. The house was fully involved when fire fighters arrived on the scene. And it took them about 40 minutes to get it under control.

No one has been hurt in the fires. The cause of the fires remains under investigation.