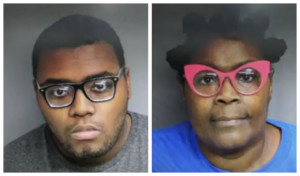 A mother and son are behind bars for the death of a Selma man. Shakeem Butler, 24, and Shana Muldrow, 56, are both charged with murder.

Muldrow and Butler are being held in the Dallas County Jail without bond.

A mother and son are behind bars, charged with the murder of 58-year-old Joseph Minniefield who was found beaten to death on Hayden Street in #Selma. https://t.co/IofGdKwXZU pic.twitter.com/3yjbyN0D0E

A death investigation is underway in Selma after police find a man who had been brutally beaten — lying dead on a city street.

“We consider it to be a homicide at this particular time.”

Interim Police Chief Robert Green says officers found the body of a 58 year old man — lying in the street on the 1500 block of Hayden Street at around 11 o’clock Friday night.

“We found all kinds of trace evidence at that particular location and we have a few leads that we are following,” said Green.

Green says the body has been sent to forensics to determine the exact cause of death.

He says the victim had serious injuries to his facial area — and appeared to have been brutally beaten.

“It’s a very heinous crime to find someone in that particular condition, suffers from that kind of trauma. A person was literally beaten to death and it looked like it may have been a brick or something of that nature, we really don’t know at this particular time. We’re still digging real hard trying to find out the facts regarding this particular incident.”

No arrests have been made in the case and the name of the victim has not been released.

Anyone with information that could help investigators solve this crime — call Selma Police at (334) 874-2125.