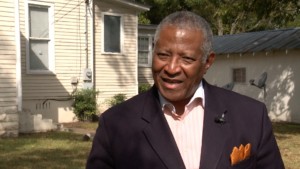 “I’m excited for him, want to congratulate him.”

Rev. James Perkins, Jr. — knows a thing or two about making history. Nearly 20 years ago he made history himself — when he was elected mayor of Selma back in 2000.

“It was electrifying and humbling,” said Perkins.

“Selma was especially special because of what Selma had done for the nation and for the world as it relates to voting rights. And for those voting rights to finally translate into the election of an African-American as mayor of the city. I think it really was, it was exciting.”

Like Reed — Perkins is one of the few people — who has been elected as the first black mayor of a city steeped in both civil war and civil rights history.

“When the people feel confident enough to elect you into office — and to be the first of your race to be elected into a city like Montgomery or Selma, it’s extraordinary. So, I know he’s excited. He’s jubilant,” he said.

Perkins says he believes Reed will do a good job as mayor. And the only advice he would offer Reed — is that he continue to keep the needs of the people as his first priority.

“Keep service as a focus. Put God first. Treat people right. And I think if he does that, he’ll be fine.”

Perkins says he expects to see a smooth transition between Mayor-elect Reed — and Mayor Todd Strange.

Perkins served two terms as the mayor of Selma.

People Are Becoming Innovative to Avoid the Coronavirus

Montgomery Police Searching for Suspect in Murder of Kennedy Rogers