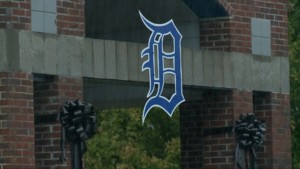 Students at Demopolis High School returned to school for the first time — since the tragic deaths of their two school mates.

Counselors were on hand on the campus Tuesday — to help everyone through the grieving process.

“A lot of our students have never gone through this before,” said School Superintendent Kyle Kallhoff.

“It’s hard enough with one but now we’re talking about two classmates lost at the same time. We’ve got ministers and counselors from this system — Marengo County school system, they sent some counselors as well. We had counselors for the whole school.”

“We had some mental health professionals to talk with our teachers, who also may be struggling,” said DHS pricipal Blaine Hathcock.

Natasia Daniels and Rayshawn Benison and died after they fell into the Tombigbee River — and drowned. Both were 15 years old — and members of the band.

A third student who also fell into the water — was pulled to shore safely — with no serious injuries.

They were all a part of a group of students who had gone to the city landing after school let out early Friday.

“Natasia was so, just a lovable girl — straight “A” student. And Rayshawn had so many friends, brought so much joy, not just to our students but the entire community,” said Kallhoff. “A lot of our students were there when it happened and were not able to help. And they’re struggling. And they’re hurting.

Bryce Youmans is the band director at Demopolis High.

“The counseling is fantastic. I love that that’s an option. I just think that the most important thing is that we’re together going through this — as a group, cause that’s what the band does. And it doesn’t need to be any different for something like this,” said Youmans.

“It’s impacted everybody. And obviously, some people differently than others. We all handle things in different ways. So, again, we’re thankful that we got people here that can help us to help our students and our staff,” said Hathcock.