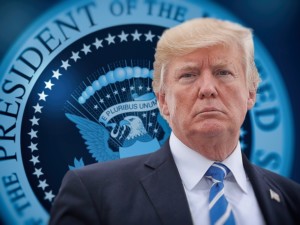 This morning, the U.S. House voted 232-196 to set rules for an impeachment inquiry of President Trump.  (This was not a vote on actual impeachment.)

A sharply divided House voted nearly on party lines on the first formal vote on a process that’s likely to take months, possibly stretching into the early weeks of the 2020 election year.

The vote was a victory for majority Democrats, who will control the investigation in the House. It gives them the ability to curb the ability of Republicans to subpoena witnesses and of White House lawyers to present witnesses.

Republicans said the process was skewed against them and the White House.

The vote showed how neither side has budged in their fight over whether Trump’s effort to squeeze Ukraine for information on his Democratic political foes merits forcing him from office.

In a floor speech before the vote, House Speaker Nancy Pelosi said, “This is not any cause for any glee or comfort.”

Standing next to a large U.S. flag in the well of the House, Pelosi said the impeachment inquiry was necessary to defend the Constitution and prevent an abuse of power by Trump.

“Every American can see this for what it is: an attempt to remove a duly-elected president for strictly political reasons by a strictly partisan, illegitimate process. Today’s vote merely proves that the entire impeachment process was a sham from the beginning and Nancy Pelosi can’t legitimize it after the fact. We can all read the transcript of the Ukraine phone call for ourselves and see that there was no quid pro quo and no basis at all for overturning the legitimate results of the 2016 election. Voters will punish Democrats who support this farce and President Trump will be easily re-elected.”

The Latest: Cornet tops No. 3 Muguruza at Australian Open