Amendment to Montgomery Panhandling Ordinance Could Affect Those That Give 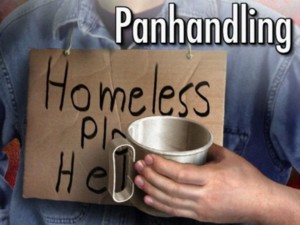 The Montgomery City Council is revisiting an ordinance that requires panhandlers be jailed for at least two days. It has been amended to criminalize passing money or objects through car windows to someone on a public road. This makes such acts punishable with fines or jail. The council is set to vote again on the ordinance on Tuesday.

According to reports, the initial ordinance unanimously passed in July but has yet to be enforced or signed by Mayor Todd Strange.

Homeless advocate Patrick Aitken says the ordinance would make his job impossible, barring him from distributing water and even his business card from his car.

The Southern Poverty Law Center has threatened to sue if the ordinance isn’t vetoed.