There’s still a whirlwind of questions for Aieda Harris and Felicia Webster, two mothers bonded by grief after tragedy two years ago.

Their sons, 29-year old Atlanta- based rapper Edward Reeves, aka “Bambino Gold”, and his cousin 30-year-old Kendrick Stokes, a promoter known as “Skooly” were last seen alive at the Alabama National Fair in Montgomery. They were reported missing November 5, 2017. 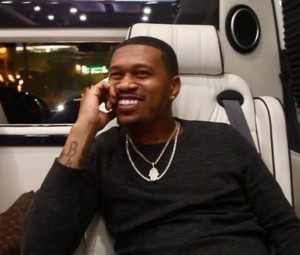 It’s the details left unknown, that still haunt their loved ones. “We have to think about did they call on help? What was their last words? Did they call on mama?” said Webster, Stokes’ mother.

There have been no arrests in the case that sparked wide-spread attention. “I never thought that we would be in a situation where we don’t know anything” said Harris,  Reeves’ mother.

Both parents agree, that they don’t want their sons remembered for their deaths alone. Harris admired her sons  “loving, sweet” personality. “EJ” as she called him “had that big smile all the time”. He leaves behind a 4-year-old son. 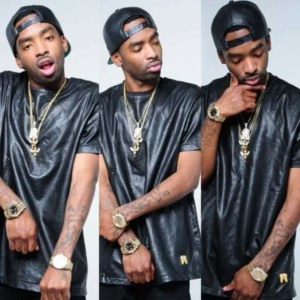 The two men both had a passion for giving back, especially to young people. Webster said “they would always be silly and joking together all the time,  they can come in the room, they can light up the room.”

Their lights were dimmed too soon, but their mothers are still hanging on to a flicker of hope that someone will come forward with the puzzle piece investigators need to change the case from cold, to closed. Though after two years of what seems like silence, Harris says it’s even harder to sort through the grief, anger, and frustration.

“You do this to my son and you think you are going to get away with it? No.” Harris said, fighting back tears. “I want people to know that I mean this with all of my heart I am never going to rest until my son gets justice…EJ, deserved that Kendrick deserved that”.

The two say the message they both want to spread , is that with anyone that could help solve the 2-year-old case would be a “hero” in their eyes.

The pair said they have reached out to investigators with Montgomery’s recently formed cold-case unit for answers. Alabama News Network reached out to the Montgomery County District Attorney’s Office as well for an update on the case and possible leads. An official said the case is still “active” and being investigated by the Alabama Law Enforcement Agency.

Anyone with information that could help solve this case, can remain anonymous through the Central CrimeStoppers tip-line @  215- STOP or by downloading its free “P3” app (available in the App Store and Google Play Store) There is a cash reward available for credible information.