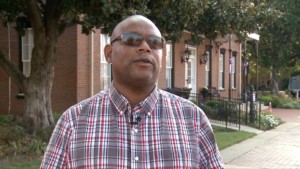 The case against a Selma city councilman — accused of urinating on a city street — has apparently been thrown out by a judge.

Ward 5 Councilman Sam Randolph was arrested and charged with public lewdness — back in May of last year.

Randolph denied the charge — and pleaded not guilty.

He claimed his arrest was politically motivated because he was a vocal critic of the mayor — and former police chief Spencer Collier.

Randolph’s attorney — Faya Rose Toure — described the case against him — as a gross injustice.

“He was arrested six weeks after the alleged incident where he urinated in public. It was completely fabricated. And after a year and a half, not even an arraignment. So, I filed a motion to dismiss and to my surprise they did dismiss the charges against him,” she said.

Toure said the case was dismissed by a judge last week.

The Latest: UN urges $2.4 billion in aid for war-torn Yemen