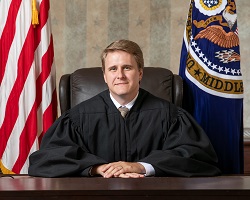 The Trump administration announced Wednesday that Brasher is being nominated to the appellate court. The nomination comes just six months after Brasher was seated on Alabama’s federal bench.

Senators in May voted 52-47 to confirm Brasher as a federal district judge.

Brasher was Alabama’s solicitor general from 2014 to 2019. The position put him in charge of appellate cases and other notable cases, including defending Alabama’s legislative redistricting plan and an attempt to require abortion doctors to have hospital admitting privileges.

Brasher is a graduate of Harvard Law School. He served as a law clerk to Judge Bill Pryor of the 11th U.S. Circuit.