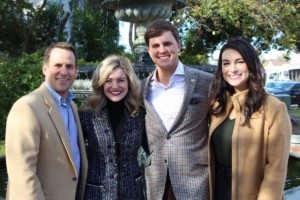 State Representative Will Dismukes of Prattville said, “Our country desperately needs a new generation of conservatives to take on radical socialists like AOC, Ilhan Omar and their ‘squad.’ That’s why, today, I’m endorsing conservative Jessica Taylor for Congress.”

Dismukes dropped out of the race in August saying he could not raise enough money to be competitive in the race. Dismukes currently represents District 88 in the Alabama House of Representatives. Taylor said she was honored to receive his endorsement.

“As the only conservative remaining in this race, my message is simple: our government remains broken, bloated, and out of control. As your congresswoman, I will make it my mission to protect life, defend the Second Amendment, and uphold our Alabama conservative values,” Taylor said.