New Hyundai Santa Cruz to be built at Montgomery Plant 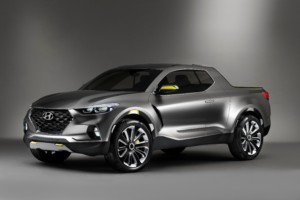 Gov. Kay Ivey, Montgomery Mayor Steven Reed, Hyundai officials and other state and local leaders have announced the new Hyundai Santa Cruz will be built at the company’s Montgomery plant.
This additional model will bring a $410 million expansion.  It’s expected to be completed by 2021.
The expansion will bring 1,200 new direct and indirect jobs to the area.

Hyundai Motor Manufacturing Alabama (HMMA) calls the new vehicle a compact utility vehicle which has a pickup bed in the back. It will join the Santa Fe SUV and the Sonata and Elantra sedans at the Montgomery plant.

The Santa Cruz was first introduced as a concept at the 2015 North American International Auto Show in Detroit. The photos are of that concept vehicle.

The $410 million expansion will include additional space in the stamping, welding and parts processing. Direct employment will increase by 200 jobs and local suppliers and logistics companies who support HMMA are projected to employ an additional 1,000 people in Montgomery and the River Region, according to the company.

“Bringing the Santa Cruz to HMMA demonstrates that Hyundai Motor Company is confident our more than 3,000 team members are ready to build a quality crossover for the U.S. market,” said Byungjin Jin, president and CEO, Hyundai Motor Manufacturing Alabama.

“Alabama and Hyundai have developed a great partnership over the years, and it’s a testament to our special relationship that this world-class automaker is expanding once again in Montgomery,” Gov. Kay Ivey said. “Hyundai’s new investment is giving more Alabama families an opportunity to earn a good living while also strengthening the state’s growing auto industry.”

“I recently had the honor of experiencing first-hand the long-standing partnership between Hyundai and Montgomery on a visit to Seoul as part of an economic development delegation including former Mayor Todd Strange,” said Montgomery Mayor Steven Reed. “With the addition of the Santa Cruz, Hyundai is again choosing to launch a new vision. I look forward to continuing to strengthen this vital relationship in the coming years and working with our partners to support this tremendous investment.”

HMMA, which opened in May 2005, is the area’s largest private manufacturer with 2,900 full-time and 500 part-time employees, according to the company’s latest figures.  The plant has produced 4.5 million vehicles for the North American market. 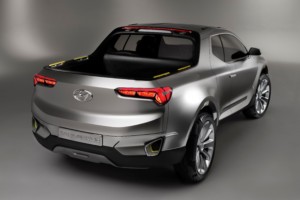