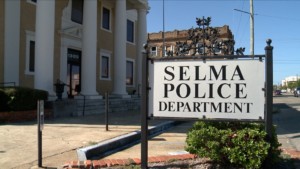 The search to find a permanent new police chief to lead the Selma Police Department — continues to move forward.

City council President Corey Bowie said the search committee is looking to cut the list of candidates in half during the upcoming interview process.

“Yeah, we’re making progress to appoint the next leader of the Selma Police Department,” he said.

Bowie said there are six candidates vying to become the city’s top cop.

Bowie said interviews of the applicants have been set for next week.

“On November 20th we’re starting the interview process so we can select out of the six applicants, the top three will be forwarded so the council can vote on it,” he said.

He said a new police chief should be in place in the city — by the end of the year.

Pickett making steady if not flashy progress for Steelers