Selma Family Tries to Move on from Tragic 2013 Murder 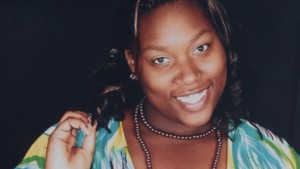 A Selma family is trying to move on — after the tragic murder of a loved one — and an agonizing six year wait for justice to be served in the case.

Next month it’ll be six years since Alexis Hunter was tragically killed in Selma.

“The night that we got the call it was devastating,” he said. “It just tore the family up.”

The Selma High junior was gunned down on the street back in December of 2013 — over a cell phone.

“This was like really devastating to the community because it was such a senseless act,” said Dallas Co. District Attorney Michael Jackson.

“Alexis was an all A student and just walking with a cell phone doing nothing wrong and gets killed.”

Both of these guys are probably going to spend the rest of their lives in prison,” said Jackson.

A fact that gives Alexis’ family — a sense of closure.

“It brought a lot of relief, said Hunter.

Family members say the wound caused by the tragedy will eventually heal — but there will always — be a scar.

“It’s something we’ll never get over. But, again we just have to pray and keep moving on.

D-A Jackson say John Jones is scheduled to be sentenced by a judge in January. He says Jones could get life in prison — or life without parole.

The Latest: Pacers' Oladipo to sit out restart of season