Troy Parents Arrested for Chemical Endangerment of an Infant 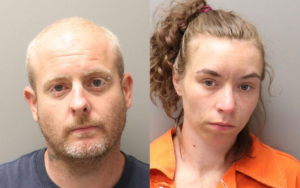 Two parents from Troy were arrested Wednesday for chemical endangerment of a child.

According to Chief Barr, the Alabama Department of Human Resources initially contacted the police department about the case in August. The infant was less than a year old at the time of exposure and tested positive for amphetamines and methamphetamines. Oliver and Spurlock are both the biological parents of the child.

The child was removed from the home in August and taken to Children’s Hospital in Birmingham for treatment of his injuries.

The child remains in protective custody at this time.

Oliver and Spurlock are in the Pike County Jail on $7500 bond each.