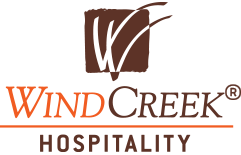 On Thursday, November 14, a federal jury convicted Jory D’Michael Trayvunn Dumas, 28, of Montgomery, of theft from a gaming establishment on tribal lands and conspiracy, announced U.S. Attorney Louis V. Franklin, Sr.  The jury found that Dumas conspired with others to steal nearly $200,000 from the Wind Creek Casino in Montgomery.

Evidence presented at the trial showed that on August 10, 2018, Dumas was at the casino with two relatives, Timothy Dean Pettiway and Tameka Thomas. Dumas had previously recruited an employee, Courtney Deandra Stanton, to give him access to keys to the cash kiosks at the casino. Dumas instructed Stanton to leave the keys on top of a cash kiosk for Pettiway to retrieve and open the machines. Pettiway then took cash cassettes from two separate kiosks to Dumas who was waiting in a nearby bathroom. Dumas forced entry into the boxes and exited the casino with a total of $192,800. During the theft, Thomas relayed messages to Dumas via cell phone as to Pettiway’s progress in obtaining the keys and cash cassettes.

Pettiway was previously sentenced to 33 months in federal prison for his role in the crime.  Thomas and Stanton have pled guilty and are awaiting sentencing.

Following the trial, Dumas was remanded to the custody of the United States Marshals to await sentencing where he faces up to 20 years in prison. There is no parole in the federal system.