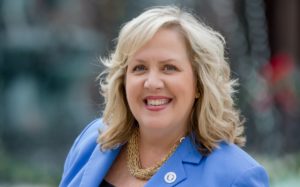 Montgomery County Commissioner Ronda Walker has announced on her Facebook page that she has moved a voting location out of a school due to safety concerns.

In her post, she says that she noticed that some people in her district vote at Flowers Elementary School.

She said, “I felt strongly that it is no longer safe to have the public utilize a school for voting. It puts the students, teachers, and staff at unnecessary risk.”

Walker says she asked Eastern Hills Baptist Church to serve as a polling location instead. She says the church agreed.

With this change, she says people who used to vote at Flowers Elementary School will now vote at Eastern Hills Baptist Church. The church and school are within a short distance of each other.