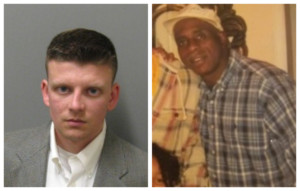 Evidence shows white Montgomery police officer, Aaron Cody Smith, charged with murder in the shooting of an unarmed black man told an investigator he opened fire after the man swung a pole at him.

Prosecutors on Wednesday played jurors a recording of a statement made by Smith about the death of 58-year-old Greg Gunn.

According to reports, Smith initially told an investigator that Gunn swung a painting pole at him before he opened fire. Prosecutors say Smith’s story changed over time, leading to the murder charge.

The defense portrays Gunn as being on cocaine and presenting a threat to Smith.

The shooting happened in February 2016. The trial is being held in the town of Ozark after a judge moved it out of Montgomery.