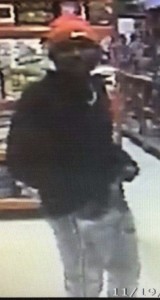 The Troy Police Department is investigating the death of Willie Charles Scott, 58, of Troy.

Shortly after noon on Wednesday, officers  responded to Scott’s residence in the 22,000 block of U.S. 231 North. When officers arrived, they said they found Scott deceased inside his home.

We’re told no other details about Scott’s death are being released at this time… due to the nature of the investigation.

A picture of a person of interest in this case is attached. If has any information about the person in that photo, the whereabouts of the individual or the 2003 Saturn Ion that belongs to Mr. Scott, contact the Troy Police Department at 334-566-0500. You can always call the secret witness line at 334-566-5555 or contact Crimestoppers at 334-215-STOP (7867).