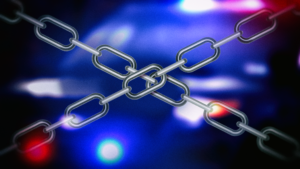 “Alabama has made tremendous strides over the last eight years from ranking among the bottom of states to rising to the top ten in passing tough new laws targeting criminals who conduct human trafficking and child sex trafficking,” said Attorney General Marshall.

“We’ve made progress in large part because of the efforts of organizations like the Alabama Human Trafficking Task Force, law enforcement officials, and legislators who have made strong commitments to protecting our children from this evil activity. Our laws have been strengthened to not only hold criminals who perpetrate these horrendous crimes accountable, but also to provide protection for their victims.

“Since I became Attorney General, I have made ending human trafficking a priority, and I credit fellow law enforcement agencies and anti-human trafficking groups in our state for raising public awareness of this largely unseen crime. Human trafficking and child sex trafficking is present in Alabama and across the nation, preying on children and teens. However, in Alabama, we are making clear our determination to stop these criminals in their tracks.”

Shared Hope International, a non-profit leader in the fight to eradicate domestic minor sex trafficking, began releasing is annual “Protected Innocence Challenge” report card in 2011. Alabama scored 66 on the first report card and has steadily improved to 94.5 in 2018 and 2019.

A copy of the state’s report card is linked here.