More ALEA State Troopers Get Ready to Hit the Highway 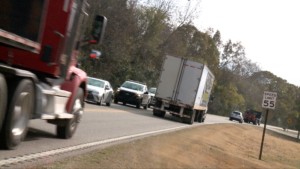 The highways and byways around the state of Alabama — will soon be a little safer.

The Alabama Law Enforcement Agency is adding dozens of new state troopers into its ranks.

Fifty-five new troopers will soon be out patrolling Alabama roadways.

The new troopers are a part of ALEA’s biggest graduating class of troopers — in 22 years.

ALEA Secretary Hal Taylor says all of the graduates have prior law enforcement experience.

“We decided that we would start hiring some that were already certified, bring them over here, put them through some training, some policies and procedures, and things that ALEA does and putting them on the road,” he said.

ALEA officials say they’ll be adding even more troopers to the roadways — with another graduating class — coming up later this year.