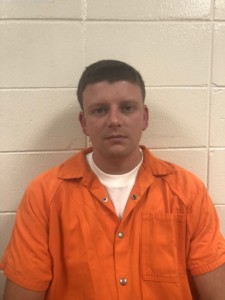 Bailey says the verdict will bring justice to the Gunn family, but it was not a conviction of the Montgomery Police Department, which he says is made up of a vast majority of fine individuals.

Bailey says the key points in getting the conviction included the inconsistent statements that Smith had given on what happened the night of February 25, 2016, when Gunn was shot and killed. Smith had said he shot Gunn in self-defense.

It took the jury about 90 minutes to convict Smith. While Smith was on trial for murder, the judge gave the jury the option of convicting Smith of manslaughter, which is what jurors decided to do.

Smith’s attorney Mickey McDermott said he was disappointed by the verdict. He says they will seek to have Smith released from custody on an appeal bond. McDermott says grounds for an appeal could include a claim that there was a conspiracy to alter the crime scene after the shooting took place.

Smith is in custody while awaiting a bond hearing.

Gunn was shot while walking home around 3 a.m. that night.  Smith was patrolling the area around McElvy Street alone because of reports of burglaries in the area. He had stopped Gunn and attempted to frisk him when Gunn apparently ran. Smith tased Gunn before shooting him several times, killing him.

The trial was moved to Dale County from Montgomery County, against the wishes of District Attorney Daryl Bailey.  Retired Judge P.B. McLaughlin presided over the trial. He was the ninth judge on the case after previous judges recused themselves because of connections to the city or police department.  Smith had sought immunity from prosecution under Alabama’s self-defense law, but was denied.