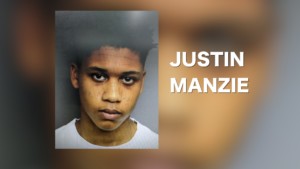 Sheriff Mike Granthum said 17 year old Justin Manzie of Selma — has been arrested and charged in the death of 30 year old Danathian Crum.

Granthum said Crum died after he was shot and robbed last month — at a house on the 700 block of Avenue A in Pine Glen Estates.

He said Manzie knocked on the door of the house — and opened fire on Crum — when he answered it.

“The subject had no time to defend himself whatsoever. When the subject opened the door, gunshots rang out,” said Granthum.

“Shot multiple times. Forensics let us know that he was shot four times. One of those shots was in the head.”

Granthum said Manzie is being held in Dallas County Jail without bond.

Granthum said the case remains under investigation — and more arrests are possible.

The Latest: Tigers' Boyd back after negative COVID test