Teen Murder Suspect in Selma Certified as an Adult 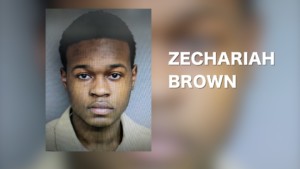 A Selma teen charged in the 2018 murder of a 20 year old Selma woman — will be tried as an adult.

Jackson said Brown — who was 15 at the time — was one of several people involved in a shootout last year — on the 1500 block of Marie Foster Street.

He said Kenbranesha Rayford was driving down the street — and got caught in the crossfire — and killed.

“Not every juvenile that’s fourteen or fifteen gets transferred. It’s up to the judge after we present the evidence, but certainly these facts fit being transferred as an adult,” said Jackson.

“If you want to play adult — play like you grown — you gone be treated like you grown. At least you are by this district attorney.”

Brown is being held in the Dallas County Jail without bond.