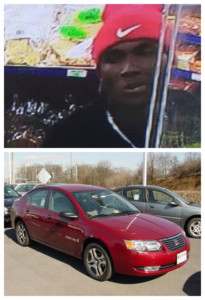 The Troy Police Department has identified the person of interest in the death of Willie Charles Scott, 58, of Troy. Shane Shemar Dunlap,24, also known as Shane Smith, is now a suspect in Scott’s death. A warrant has been obtained for Capital Murder in this case.

Shortly after noon Thursday, officers from the Troy Police Department responded to Scott’s residence in the 22,000 block of U.S. 231 North. When officers arrived, they found Scott deceased inside his home. Scott’s vehicle, a Red, 4 door 2003 Saturn Ion was missing from his home. Alabama Tag 55AY701 should be displayed on this vehicle.

No other details about Scott’s death are being released at this time due to the nature of the investigation.

The Troy Police Department is being assisted in this investigation by the Pike County District Attorney’s Office, The Pike County Coroner’s Office and the Alabama Department of Forensic Science.

It's Looking Rather Wet Late Thursday Into Early Friday