This makes the third officer killed in the line of duty from the Lowndes County Sheriff’s Office, according to the Officer Down Memorial Page.
ODMP is a non-profit organization dedicated to honoring America’s fallen law enforcement heroes. According to the website, more than 23,000 officers have made the ultimate sacrifice in the United States since 1791.
Lowndes County Deputy Sheriff Levi Pettway was killed in an automobile crash on April 10, 2017.
Pettway, 61, was responding to a call at the time of the crash. Rescue crews extricated him from the vehicle but were unable to revive him. 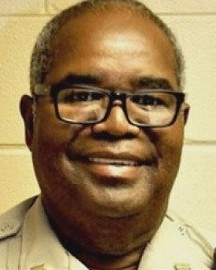 Sheriff William E. Haynes was also killed by gunfire in 1908. The suspect was quarreling with his brother when the sheriff was called to the scene. During the incident, the suspect produced a pistol and shot Haynes.
According to the website, the suspect was arrested and charged with murder. The trial drew national attention and
on February 25, 1909, the suspect was found not guilty by reason of insanity.
Categories: News, West Alabama
Tags: fallen officers, Lowndes County Sheriff’s Office, ODMP