Authorities say a second man arrested in the disappearance of 19-year-old Aniah Blanchard disposed of evidence in the case.

Police arrested Antwon Shamar Fisher, 35, of Montgomery, on first-degree kidnapping charges in Blanchard’s disappearance. “Antwon” not “Antwain”, as previously reported by authorities, was determined in court to be the correct spelling of the suspect’s name. 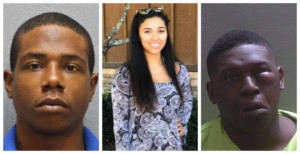 In an arrest warrant filed with the court Monday, police said Fisher helped Yazeed by disposing evidence and driving him.

Court documents quote a witness as saying he saw Yazeed force Blanchard into a car.

The Latest: No bodychecking in OHL, sports minister says