A Dallas County Sheriff’s deputy has been arrested on charges of stealing and using his position for personal gain.

Granthum says Treherne took property seized by the sheriff’s office during criminal investigations and used it to pay a personal debt. 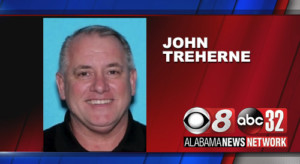 Granthum says incident happened more than a year ago.  Still, he says it’s tough to have to arrest one of his own, especially one with a law enforcement career that spanned more than twenty years.

“It’s hard, I mean, you work with a subject 20, 25 years — he’s like a brother to you. Especially in law enforcement, because your life depends on him a lot. It hurts you. It hurts you to see it. And good people make bad choices and we believe that’s what’s happened here,” he said.

Granthum says Treherne resigned from his position at the sheriff’s office. He is out on bond.