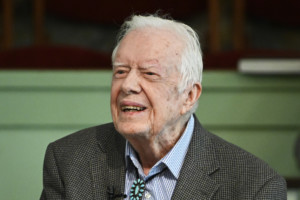 Former President Jimmy Carter has been released from Emory University Hospital in Atlanta after recovering from surgery to relieve pressure on his brain caused by bleeding from a fall.

Carter Center spokeswoman Deanna Congileo says that the Carters “look forward to enjoying Thanksgiving at home in Plains, where he will continue to recover.”

The Carter Center has said the bleeding was connected to Carter’s recent falls. A Spring fall required him to get hip replacement surgery. He fell twice in October, hitting his head at least once.