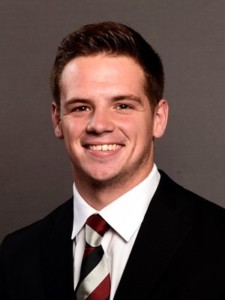 Bentley announced his choice on social media Monday, thanking teammates, coaches and fans for their support during his time as a starter the past three-and-a-half years. The quarterback says he believed it was in his best interest to “transfer to play my final year of eligibility.”

Bentley will graduate on Dec. 16, meaning he could play immediately at his new school.

He was a senior starter when he broke his foot on the final play of South Carolina’s 24-20 loss to North Carolina in August. He needed surgery and has not played since.

The 6-foot-4 Bentley started the final seven games of his freshman season in 2016 and held the job until his injury. He finished with 7,527 career passing yards, 55 touchdowns and 32 interceptions.

The Latest: Protesters take to NYC streets after curfew

The Latest: Brazil has new high in COVID deaths, with 1,473