On Tuesday December 3, at 1:07am, the Tallassee Police Department responded to the Sunoco Gas Station on Gilmer Avenue in reference to a robbery.

The clerk said that two black male suspects attempted to rob the store but fled without getting any currency. Tallassee Investigators later learned that a gas station in Wetumpka had been robbed with a similar description.

The Investigative Divisions from Tallassee PD and Wetumpka P.D. began working cooperatively and were able to quickly identify suspects in these robberies. 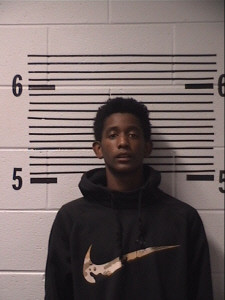 A white female juvenile and  Jaden Potts, of Tallassee, were both taken into custody around 9:00 a.m. Tuesday. They were charged with robbery for both Gas Stations.

A black male juvenile was taken into custody later that day and also charged in both robberies.

There are also pending charges in unrelated crimes.

All three suspects were charged with 2 counts of Robbery First Degree and placed in the Elmore County Jail.

The Latest: UK to lay off 6K contact tracers in local shift