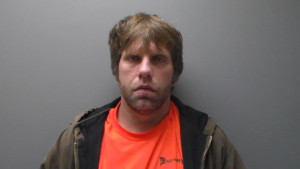 Johnson was observed by an officer driving a silver Ford Focus on Franklin Drive, near U.S. 231. The officer was able to confirm that Johnson had an active warrant with the Troy Police Department for attempting to elude police. The officer then attempted to make a traffic stop, but Johnson refused to stop and led officers on a short pursuit south on Highway 87.

While fleeing from officers, Johnson lost control of his vehicle and crashed in the area of Highway 87 at Burnt Out Bridge Road.

Johnson was taken into custody and transported to Troy Regional Medical Center, where he was treated and released for minor injuries he received in the crash.

While Johnson was being processed in the Troy City Jail, he was observed trying to place a clear bag in his mouth, which contained more methamphetamine.

Johnson was transported to the County jail where is being held on a $1,012,000 bond.

The Latest: Bible camp tests positive for virus in Portland