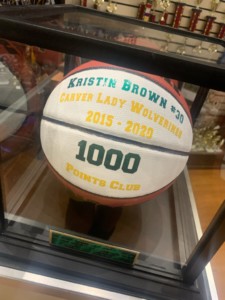 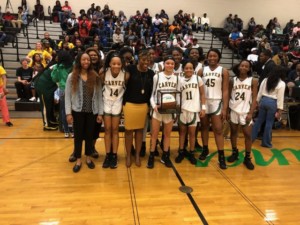 Brown is the first 1000 point player the Lady Wolverines have had in more than six years.

The 1000 points came in the fourth quarter during the teams matchup against Jefferson Davis High School on Friday night.

According to Lady Wolverine Head Basketball Coach Adria Harris, Browns first ever career points came against the Jefferson Davis Volunteers and ironically, her 1000th point came against the same team.

Coach Harris says “I am really proud of Kristin for reaching this milestone in her career, she has worked hard and earned it, and her birthday was yesterday so this was a wonderful birthday gift for her.”

After the game Kristin was presented with a glass encased basketball commemorating her 1000 points.