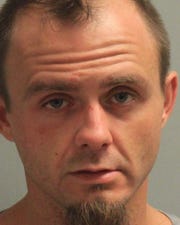 Authorities say a missing 14-year-old Florida girl has been rescued from a Louisiana motel, where police say she was being held captive by an Baldwin County (Ala.) man.

30-year-old Jonathan Andrew Gibson, now charged with kidnapping and rape, was jailed without bond in Alexandria, Louisiana, as of Thursday.

A police statement says a tip led them to a motel room, where they found the girl suffering minor injuries. Police say subsequent interviews revealed the girl had been sexually assault by the Lillian man.

Details about her disappearance are unclear.

It’s unclear whether Gibson has a lawyer.