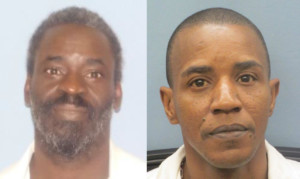 ADOC Commissioner Jeff Dun said one incident on November 30, involving the alleged use of force, resulted in the death of  55-year-old Michael Smith, of Fairfield. Smith was an inmate at Ventress Correctional Facility.

Commissioner Dunn said after Smith was removed from life support, he succumbed to his injuries and was pronounced dead at Dale Medical Center on December 5. Smith’s cause of death has not been released.

According to the ADOC, 48-year-old Willie Leon Scott, of Birmingham, was pronounced dead at Baptist Medical Center South in Montgomery. His injuries were the result of an incident that occurred at Holman on December 4. Scott’s cause of death also has not been released.

The two corrections officers connected to Smith and Scott are on leave while the incidents are being investigated.

The Latest: Israel can bypass parliament on virus decisions