High bond amounts for people suspected of crimes have become a hot button issue around legal circles in Dallas County.

And concerns over bond amounts have some people questioning the fairness of the justice system.

“Selma has the highest bonds of any place I know in the country,” said Selma attorney and activist Faya Rose Toure.

Toure says some people accused of crimes — have had bonds set at a million dollars or more. 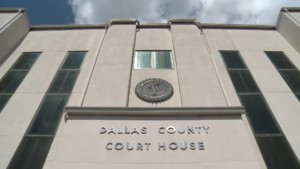 “Think about the young man that went into a church in South Carolina, killed nine people, his bond was one million dollars. He was hungry and they took him to get a hamburger,” said Toure.

“There’s no justice for poor people in Selma.”

“Somebody commits murder, rape or doing something to a child, they need a high bond and we’re going to recommend a high bond around here,” he said.

But long-time Selma bail bondsman Calvin Leashore says high bonds don’t keep suspects in jail — or stop them from getting out.

“That’s not the issue in Selma,” said Leashore.

“The issue in Selma is that these bail bondsman write bonds for any price. The bond could be two or three hundred thousand, they can get out of jail for $700 dollars.”

The Latest: Man charged with vehicular assault in Seattle