The Equal Justice Initiative (EJI) has announced that there will be four free advance screenings of the new Warner Bros. Pictures’ feature film, Just Mercy on December 20, ahead of its January 10, 2020 release in theaters. The screenings, to be held in Montgomery, are open to the public, but registration is required.

The screenings will be held at the AMC Festival Plaza 16 at 7925 Vaughn Road on December 20, at 4:00pm, 4:30pm, 7:00pm, and 7:30pm. Free tickets can be reserved here. Guests with reservations must arrive 20 minutes before the start of the film and before doors close, to claim their tickets.

Just Mercy is a true story based on the bestselling memoir by EJI director, Bryan Stevenson. 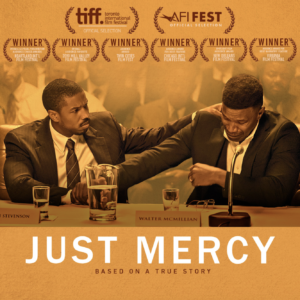 The film presents the unforgettable story of attorney Bryan Stevenson (Michael B. Jordan) and the landmark case of Walter McMillian (Academy Award winner Jamie Foxx), who was convicted and sentenced to death for a crime he did not commit.

Some scenes in the movie were shot in Montgomery and feature local landmarks. “We are delighted to arrange for early screenings for folks in Montgomery as an expression of gratitude to the many people in this community who supported the making of the film,” said Bryan Stevenson, EJI Director. 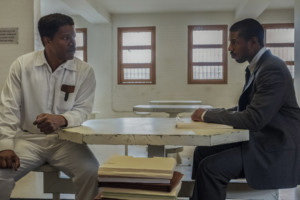 Just Mercy is being distributed by Warner Bros. Pictures and will open in select theaters on December 25, and will be released nationwide on January 10, 2020. Visit justmercy.eji.org to learn more about the film.