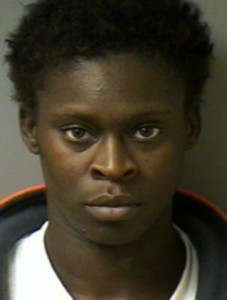 Montgomery police have charged Keeva McWilliams, 34, with second-degree assault in reference to the shooting that occurred Thursday morning at about 7:30 a.m.

The adult male victim walked in to a business in the 10 block of W. Fairview Ave (Piggly Wiggly) after sustaining a serious gunshot wound. The investigation indicated that the victim was shot while in the 3200 block of S. Court Street following a verbal dispute with a female suspect. Further investigation identified McWilliams as the suspect.

She was taken into custody and charged. The victim is in stable condition.

Gov. Kay Ivey: What's Next for Abortion in Alabama